This question is commonly used as a writing prompt or as a job interview question by hiring managers to candidates. When you come across this question, who is the first person that comes to mind? Have you ever thought that perhaps you are one to someone else?

According to dictionary.com, the word “˜hero’ means a person noted for courageous acts or nobility of character, someone who has special achievements, abilities, or personal qualities and is regarded as a role model.

A person doesn’t need to have divine superpowers and also doesn’t have to be a police officer, a firefighter, a soldier, an athlete or a popular celebrity to be recognised as a hero. They could be regular, everyday people who influence you, inspire you and have an impact in your life in every small or big way.

Different people have different definitions of heroism, hence, would have various responses in terms of their choice of heroes and the reasons behind their choices. It’s important to give emphasis to “why” a certain person is chosen than the “who” the actual person is, or what he or she might represent.

Knowing who your heroes are say a lot of things about you. It actually determines what traits or qualities you value the most in others. Researchers have found that helping, altruism, advocacy, and other ways of standing up for what’s right are specific actions that are synonymous with valor and are usually admired and emulated.

Our world needs heroes – men and women who are relentless, have strong principles and willpower, are willing to commit to a life of service and to put others’ well-being above their own. Every one of us can be a hero when placed in the right circumstance and with the right tools, regardless of our age and our current situation in life. It’s time to take action!

“Heroes are ordinary people who make themselves extraordinary.” –Gerard Way

“Hard times don’t create heroes. It is during the hard times when the ‘hero’ within us is revealed.” –Bob Riley 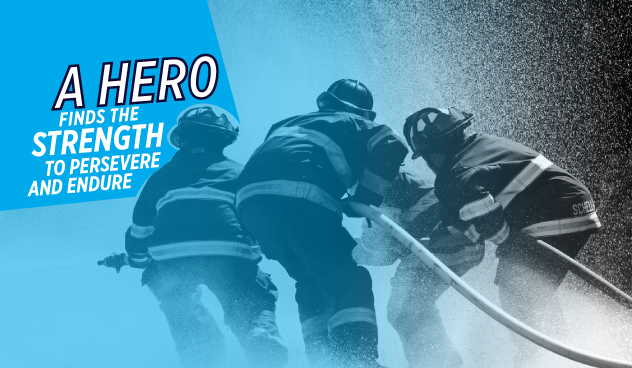