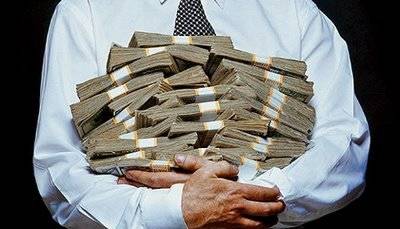 Colleges rather than students should carry the blame for the blowout in vocational diploma loans, senators say, with an inquiry calling for more limitations and regulatory crackdowns on the oversubscribed VET Fee-Help (VFH) scheme.

The report from the inquiry into private vocational education and training providers, recently tabled in Parliament, calls for provider access to the scheme to be curtailed and refers to “harrowing and concerning evidence of misconduct” by some private colleges. It cited “rampant abuse, accelerating costs and doubling of bad debt” as a result of the VET Fee-Help system, which lets students borrow their course fees and repay the government once they earn $54,126 a year.
“It is an irony that in the name of social justice an exploitative scheme to enrich individuals has been allowed to flourish at the expense of the most vulnerable who end up with a debt, but no qualification, or a worthless qualification,” the report says.
“It is hard to escape the conclusion that among larger private providers, and indeed in some brokers, extraordinary profits are being made at the expense of the taxpayer, and at the expense of students these providers claim to be assisting.”
Federal Minister for Vocational Education and Skills Luke Hartsuyker yesterday introduced legislation to fine colleges up to $54,000 for each breach of training regulations from January 1.
The report offers a range of recommendations which would slug the bottom lines of providers and brokers. It says the government should create a dedicated ombudsman for domestic VET students “” funded by colleges “” and loan limits should be lowered.
The report also suggests unfettered access to VFH should only be available to providers with “the highest reputation for quality”, and subcontracting of VHF-eligible training to unregistered third parties should only be allowed case-by-case under Education Department approval.
The Australian Education Union supported the recommendations, saying the federal government’s efforts so far would make no difference to “a fundamentally broken system”. AEU federal TAFE secretary Pat Forward said Canberra should immediately halt any new VFH sign-ups. “If the government is serious about stamping out dodgy behavior it needs to go a lot further than fiddling around the edges,” she said.
“Fees in the VET sector remain completely unregulated, in total contrast to HECS fees for universities. Some of our most vulnerable students have incurred debts of tens of thousands of dollars for worthless qualifications. Regulators are overwhelmed and do not have the capacity or resources to enforce the regulatory standards.”
The opposition said the report had unearthed “widespread and systemic rorting” rather than a few dodgy providers.
“The government needs to act urgently to clean out the sharks and the shonks that are targeting vulnerable Australians, providing little or no training for overpriced courses and saddling those that can least afford it with debt.”
In April, the federal government banned colleges from offering cash, laptops or other incentives to sign up for courses, but the inquiry found that some colleges have continued to use hard-sell tactics and smartphones or tablets as inducements to enrol.
The report also criticises the quality of some diploma courses lasting just two weeks, and recommends minimum hours be imposed.

The main issues appear to be:

“¢    Marketing practices used by RTOs in regards to VET FEE-HELP
“¢    The huge fee’s RTOs are charging relying on students taking up their offer to “study now, pay later”
“¢    Students not being aware of what they are signing themselves up for e.g. a loan fee rate of 20
“¢    A market targeted to enrol in expensive courses that may not have great employment prospects

Anyone considering enrolling in a course need to comprehensively research the qualification they are interested in. Choosing a course should be based on:

“¢    course quality (including; academic faculty and learning materials/resources)
“¢    flexibility and support and then cost!

Affordable learning is still available.  Australian College for example offer payment plans to assist potential learners without hitting them with a huge interest fees and without accruing a huge debt from an overpriced course.

What is VET FEE-Help? The information people really need to know!

only 1 in 3 RTOs compliant – ABC News