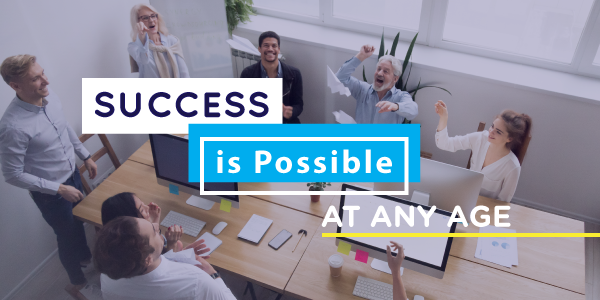 Do you think age is a factor when it comes to pursuing your dreams? Oftentimes age is used as an excuse and we always hear other people say they are too young or too old to do what they want to do. If you can relate to that, then it’s not too late for you to change your mind!

Here are some people who you can draw inspiration from:

Believe that you can live the life you want no matter how young or old you are! You have to be flexible and adaptable. These are two very important skills that employers value in a candidate. You might not have enough experience in the role that you want to apply for, but your attitude can make a difference. Have an agile mindset. Read more about our blog post Your Guide to a Successful Career Change.

Study a nationally accredited and professional online course and get 20% off* your course.

Whether you are looking to up-skill to improve your career prospects or are looking for an exciting new career opportunity, you will find a course to meet your needs in our extensive online course catalogue.