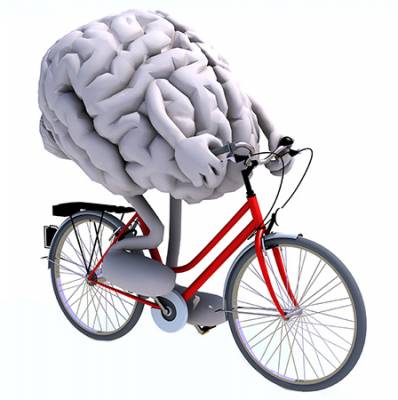 As our population ages and people live longer there is always the fear that age related dementia or Alzheimer’s disease could rob us of the quality of our life in our remaining years.

I look at my old mum who is 91 years old and as sharp as a tack and marvel at her ability to recall events with clarity that happened in her childhood some 80 years ago. She is one of the lucky ones to have escaped the ravages of dementia but sadly time has taken its toll on her once robust body.

With the identification and increased awareness of dementia and Alzheimer’s disease we often think that it is a disease that can only affect us in the latter stages of our life. We are told that it is important to keep our brain active by reading more, doing more Sudoku puzzles, cross words or even mental gymnastics with luminosity.

But now things are changing….

For what seems like forever we have known that adopting a physically active lifestyle could potentially help us live longer and/or improve the quality of our life.

For years in exercise programs we have directed our dose of exercise to making the cardiovascular system healthier to combat heart disease.

The heart has been a focal point in many cardio exercise programs.

New information is emerging that suggest that the heart is instrumental in brain function to an extent that we have never realised.

Could it be that the heart and its systems are responsible for the destruction of our memory, intellect and personality?

Professor Jonathan Stone reports that there are five possible contributors to age related dementia that have not been previously identified. These include the heart, brain, aorta, small vessels supplying the brain and the last is….. Time.

The heart is a very trainable organ that responds extensively to physical activity. Physical activity also forms a significant part of the cardiac rehabilitation process in those that have suffered and recovered from a heart attack.

The heart is an impressive organ. It beats 60 to 70 times per minute with an approximate volume of 50-60 millilitres of blood per beat. In the space of 60 seconds it pumps about 5-6 litres to transport blood containing oxygen around the body while at the same time transports carbon dioxide to the lungs for removal.

In a rested state the heart will pump 35 million beats per year, which could end being 2-3 billion beats in our lifetime. During intense exercise the heart can pump 150-200 beats per minute with a volume of blood of 200 millilitres per beat. This translates into approximately 30-40 litres of blood per minute.

Truly an impressive pump given that we only have a blood volume of between 5-7 litres. For the brain to function optimally the heart must pump oxygen and nutrients to the smallest blood vessels that surround and feed it.

Because of its critical function the heart is now being regarded as a potential significant player in age related Dementia and Alzheimer’s disease. As the heart begins to age its ability to transport the nutrients and oxygen starts to decline by reducing the blood flow through the many small vessels to the brain.

The major artery that exits the heart is the Aorta. This vessel is very elastic, which helps it to contract and relax to pump the blood in a continuous fashion. It directs blood to the head and upper limbs.

With ageing the Aorta becomes brittle and hardened preventing it from stretching and pumping the blood through the exit vessels to the brain. In the young heart the aorta stretches up to 15% of its diameter to soften the pulse to the brain ensuring a continuous flow of the blood is interrupted. By losing its flexibility there is a build up of pressure in the arteries as the heart contracts.

Regrettably this leads to bleeding into the brain. This initially starts with small vessels and over time leads to the involvement of many larger blood vessels, which can eventually lead to intermittent stoppages of blood flow. Initially this might occur as loss of consciousness or memory. Eventually as the number of episodes increase over time it can finally lead to dementia.

The initial silent bleeding in the brain can start at a very young age. It is not inconceivable for our children to have already been affected by the insidious continual damage caused by the small bleeds in the brain that occurs over time. The new risk factors of dementia are now those that are associated with stroke and cardiovascular disease.

How can we prevent it or at least delay it?

Physical activity and weight loss have been documented as two of the most successful interventions for improving cardiovascular health. An active lifestyle and an improvement in physical fitness could improve our chances of delaying the onset of dementia and Alzheimer’s disease.

We also need to recognise the importance of encouraging physical activity in our children at an early age to improve their neuro-protection i.e. protect their brain from potentially age related dementia that can occur later in their life. So while we think that age related Dementia and Alzheimer’s disease is an old person’s disease there is now a growing awareness that it might have its roots in childhood and in a sedentary lifestyle.

Another reason to keep on moving..

*** Information cited is based on the excellent research in Neuroprotection from Professor Jonathan Stone, Bosch Institute for Medical research at the University of Sydney.