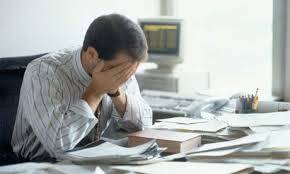 In the past 40 years there have been rapid and far-reaching changes in a our occupational landscape. In 1970 20% of workers engaged in jobs requiring light activity such as sitting, while 30% engaged in jobs that required a high energy demand such as construction, farming or manufacturing. Over 40 years later more than 40% of adults are now engaged in light activity jobs while only 20% are engaged in the high-energy expenditure jobs.

Since the 1960s there has been a significant increase in service delivery industries such as health, education, finance, leisure and hospitality while there has been large decrease in manufacturing, mining and logging industries. These changes morph the world into ever increasing “knowledge economies”.

Recently published information in the national newspapers indicates that workers are spending more time at their desks delivering these services. The move from more moderate intensity occupations to light intensity occupations has decreased energy expenditure by at least 140 Kcalories per day. This could play a significant role in body weight increase over the past 50 years as time spent at work represents the largest time period within a person’s waking hours.

So what should we do?

Do we go out in the workforce in search of a more physically demanding job or sit for long hours at our desk slowly slogging away the hours. In other words how hard should we work to receive the greatest health benefits?

In 2007 a study of Finnish workers between 45″“60 years of age who were subjected to intense prolonged occupational stress over an 11 years period reported an increased risk of carotid stenosis (narrowing of the arteries in the neck that supply the brain), associated with an increase in atherosclerosis!! The workers who demonstrated the greatest risk were the 33.3% who worked in the most intense occupational activities.

The increase in carotid stenosis was significantly greater as the workers got older. At they aged their daily workload became a greater percentage of their maximum capabilities. In the groups of men who worked at this higher level of intensity, their degree of stenosis increased significantly. It was also reported that the men who initially had been diagnosed with a form of carotid stenosis also increased their risk to an even greater degree.

These results can be interpreted in a number of ways. Firstly, intense occupational physical activity is bad and should be discouraged. In other words workers should be encouraged to become more sedentary during their work hours. A more realistic interpretation and one in keeping with the greater body of literature is that higher intensity physical activity performed for long periods can have a detrimental affect of a person’s general health.

So you can work too hard particularly as you get older.

Long duration moderate intensity activities performed with multiple interrupted muscle contractions can have a positive effect on your general health. It also raises the issue that different responses in your body will occur at different levels of intensity. For example, for many years it has been reported that vigorous intense exercise produces the greatest gains in cardiovascular fitness and hence a reduction in risk factors. By the same token it has also been said that moderate intensity exercise produces greater immune responses and increases in enzyme activity reducing the levels of the bad cholesterol while increasing good cholesterol.

Perhaps there is point of diminishing returns when it comes to participation in intense activity whether it is for leisure or occupation. In this particular case the continually high intensity of the occupation might have presented a greater cardiovascular strain on the body that can result in a negative effect by increasing the potential for carotid stenosis.

On the other hand……. there is approximately one million fire fighters in the US, a vast proportion of which are now reporting with increased levels of obesity. In combination with the Police force, fire fighters are ranked third of 41 occupations with over 30% having the highest body mass indexes.

The irony of this figure is that fire fighters are listed as the most active of the 41 occupations studied yet demonstrate the highest obesity levels. Possible reasons given for this anomaly include reduced work related activities, adverse stressful working conditions, high job demands, shift work, interrupted eating rhythms and unhealthy eating patterns and long working hours all combined with reduced leisure time activities.

Since the 1980s one factor that has changed considerably is the shift from the fire fighters historical fire fighting role (declined due to a decrease in structural fires and improved safety procedures now in place), to a more emergency responses role, resulting in reduced work related physical activities and increased emotional demands and stresses. This change has necessitated long sedentary periods of time between alarms, which still require constant high demands of vigilance. The increased stress of the job can also cause a dysfunction of the hypothalamus gland, which could shift the energy balance by increasing the need to eat.

It is also important to recognise that other factors such as the stress of the job, the lack of control over the job and the lack of support in the work force can also contribute to an unhealthy work environment.