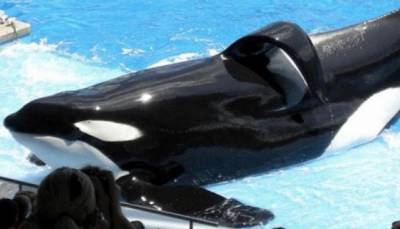 On a recent summer holiday, I noticed the number of holiday makers really making the most of their leisure time by lazing around, eating more than enough, sipping cocktails by the side of the pool, power napping and generally restricting their daily movement to levels well below their normal daily energy expenditure.

While talking informally to some of my new friends, the standard joke was how after Christmas they were going to get in shape and work off their extra holiday Kcals. It made me think of how our ancestors would have adapted to the same summer holiday.

In generations past, our ancestors were motivated to move to find food rather than have it provided for them and then having to move to increase their energy expenditure in order to work off the additional kcals. This is a fundamental difference in how movement has been viewed in the past and how we see it now in our modern sedentary society.

Katy Bowman sums it up very well by saying: “exercise is movement, but movement is not exercise”.

We could say that our ancient bodies require more movement than exercise. That is not to say that they both cannot co-exist in the new lifestyle paradigm, only that exercise as we know it has its limitations in providing all the movement benefits that we require as well as overcoming the many side effects of a sedentary lifestyle.

I think that the solution lies in increasing our daily reliance on gravity, increasing our ground reaction forces by interacting with our environment and supporting our body weight as many times during the day as possible.

We know that walking for 10 kilometres will produce different long-term responses that walking three kilometres. The reverse is also true when the body doesn’t move. The same musculo-skeletal cells responsible for movement will waste away if movement is taken away from them.

Activities of daily living that formed a major part of our lives for the past 100,000 years has been all but removed from our modern society. This in turn has removed cellular loads that were so integral to supporting our hunter-gatherer lifestyle.

Without some major changes to our lifestyle it is almost impossible to recreate the movement patterns that were so necessary for our survival and for which our bodies were designed and evolved.

Going to gym for one hour a day does not recreate all the forces on our cells that were once so important. There has to be another answer! It can’t be entirely overcome by exercising for just 60 minutes per day…. it must include an increase in free-living opportunities throughout the day.

There might come a time where our bodies will be shaped by our new movement experiences and environment resulting in genetic changes that will be more suitable to just surviving in a sedentary society.

To support this assumption, observations have been reported in animals that have been kept in captivity. Marine biologist Wendy Alexandra Evans has described the “Flaccid Fin Syndrome” observed in Orca whales kept in captivity. The Orca’s dorsal fin collapses as a consequence of the restricted area they are permitted to swim in.

Ms Evans identifies behaviors that are unique to their captivity and that contribute to collapsed fin:

These include: only swim in an anti-clock wise direction, kept in shallow tanks, food intake has a lower water content than in the wild, the greater amount of time the whale spends on the surface in captivity. The dorsal fins are generally made of a similar collagen tissue to our ligaments; with males having a longer fin than females.

The reasons for these fin changes is the new environment that the whales must adapt too which is caused by unnaturally high loads during one directional tight circle swimming and the fin’s exposure to high exposure to gravity. If the Orca were in their normal habitat the overall loads and pressure would be significantly different from the loads experienced in captivity and as such the fin would take on a different appearance.

Perhaps we now are evolving similarly to animals that are kept in captivity.

It seems that the specificity principle is now working against us. We are now suffering from bad backs, osteoporosis, sarcopenia, diabetes, obesity etc., as a consequence of not performing a wide range of free-living movements for any significant time period and not using gravity as our bodies were intended to use it.

So, go home, dust off your bike, find your runners, sack your house cleaner and gardener and any other hired help and breakout and get to work!!